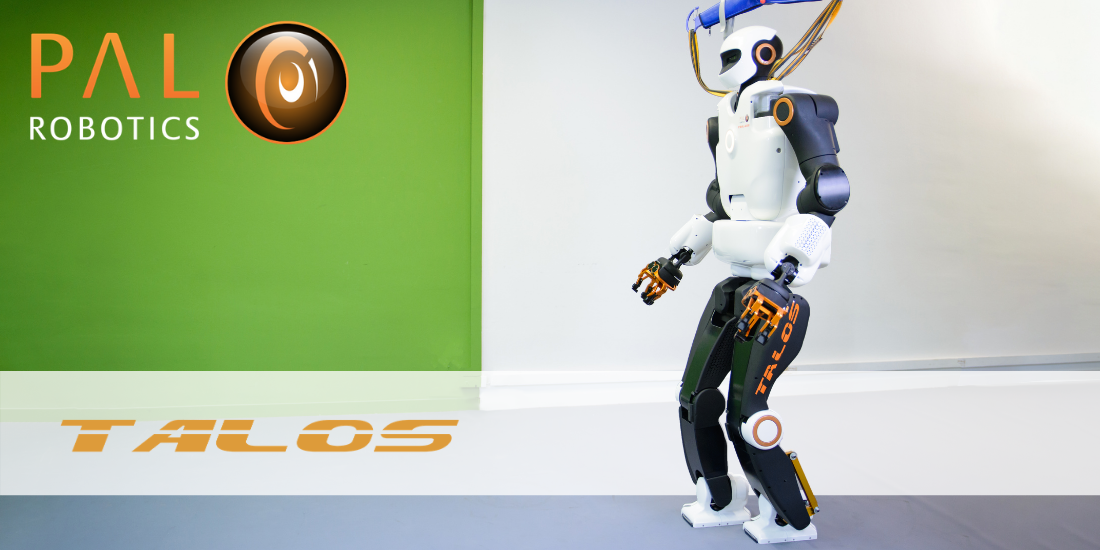 In popular culture and media, humanoid biped robots are often portrayed as walking and behaving similarly to humans. In reality, this implies that these robots are completely autonomous and fully adapted to our human environment. Such scenarios also involve robots walking over all kinds of surfaces such as uneven terrain.

Due to the progress still needed in these areas, robustness in locomotion for unstructured environments is a common research topic for biped and quadruped robots. This is the first step to deploying such robots in our day-today environment as well as for use in space exploration or disaster response. It’s expected that humanoid robots will play a significant role in future space exploration, with their focus on being able to do tasks that are potentially uncomfortable and dangerous for humans. Developing the capacity to walk on uneven terrain here is important, for example when considering undiscovered environments such as on the Moon or Mars.

For emergency management crews in disaster and nuclear rescue – humanoid robots with the ability to maneuver easily on uneven terrain and in difficult conditions could hugely help their work.

PAL Robotics’ humanoid robot TALOS is used in the research of robust control, locomotion, multi contact planning, trajectory optimization, and Artificial Intelligence (AI). The robot is also able to hold and operate heavy industrial tools in factories of the future. In addition, the robot’s dynamic range of motion and robust torque controller make TALOS suitable for research in rescue and space exploration applications.

Recently David ter Kuile, an intern at PAL robotics incorporated the planning of contacts on uneven terrain, on top of TALOS’ torque control, which allows the robot to walk on these kinds of surfaces. Here we interview David on his work, including on his project report, ‘Autonomous navigation over rough terrain for humanoids.’

A close up of TALOS’ feet, walking on an obstacle during simulation

As a background to the project, David told us “with ongoing advancements in humanoid robotics it is essential for robots to be able to develop their abilities to operate autonomously to help more in different scenarios. However, currently, most footstep planners for bipedal humanoids are capable of navigating in a 2D environment, simplifying situations from the real world. This two-dimensional navigation limits the mobility and applications of the robot. My project looked at the existing footstep planner of the humanoid robot TALOS and revising it for compatibility with three-dimensional rough terrains. This would allow the robot to take advantage of its capability of stepping on and over small obstacles. Currently, the planning is done using a predefined two-dimensional global map, without sensor information, which is not suitable for complex terrains.”

Creating a footstep planner for the humanoid robot TALOS

David told us more about how we went about starting the project, “during my internship I was given the task of creating a footstep planner for the humanoid robot TALOS to be able to walk over rough terrain. This means TALOS should be able to autonomously walk in difficult situations such as tilted surfaces, stairs, or step over obstacles. Using a LiDar sensor, TALOS would then be able to see the environment and choose suitable spots to place its feet. 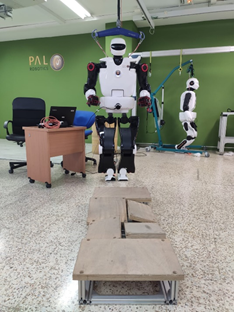 TALOS with the LiDar sensor attached to the robot’s pelvis

Developing an algorithm for TALOS to detect steps

Finally, all of this had to be implemented in a footstep planner, which instructs TALOS on where to step next, David explained, “ this planner can be compared to Google maps, but instead that it will tell you which street to take, it tells TALOS where to place its feet to reach the desired goal as fast as possible, without falling.” 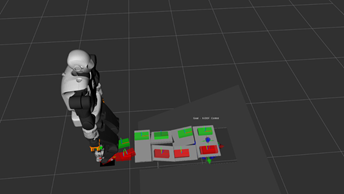 A visualization of the steps TALOS will execute to reach the robot’s goal. The left steps are green and the right steps are red.

Regarding the project challenges, David went on to tell us more, “it was difficult to come up with a way to use the 3D images from the LiDar sensor. TALOS should not only be able to ‘see’ its environment, but also understand it. The robot should recognise flat surfaces that it is able to stand on and avoid tripping on objects.”

Finally, David explained the importance of speed needed for this algorithm to help TALOS make decisions, “another challenge was that everything should be very efficient. TALOS should be able to decide within a split second where to place its feet. This made looking for solutions more challenging, but more fun as well.”

The future of the footstep planner and TALOS

From the results, it can be concluded the footstep planner is able to plan a path through rough terrain based on the sensor input of the robot. Using the Realsense L515 LiDar sensor TALOS is able to map the environment accurately.

Concluding the project work, David explained, “although in the current orientation the LiDar sensor has a limited field of vision, with a blind spot at the feet and low forward range, the mapped environment is large enough for the planner to use. Based on this map the algorithm can correctly snap a step to the environment and validate if this step is reachable for TALOS. For better performance, it is suggested to also take into account the kinematic constraints of the robot in the future. The footstep planner is able to plan a path through complex environments, stepping on small obstacles and avoiding larger ones.”

David told us of his experience on the project, “I really liked the work environment at PAL Robotics – if I had a question, my colleagues were very helpful. This made me learn a lot in a very short period and I made progress very fast. I was even able to test my work on TALOS itself. It was very impressive to see such an advanced robot in action.

David summed up by telling us about his future plans, and how his project at TALOS will help, “ my main goal now is to graduate with my Master BioRobotics at TU Delft in the Netherlands. I have to start a graduation project and write a thesis. I think my experience at PAL Robotics will help me a lot with this and I hope to finish in the summer of 2021.”

We would like to thank David ter Kuile for taking the time to talk with us about his research project. To learn about the capabilities of our advanced biped research robot TALOS take a look at our website. Finally, if you would like to ask us more about TALOS as a research platform, do not hesitate to get in touch with us.