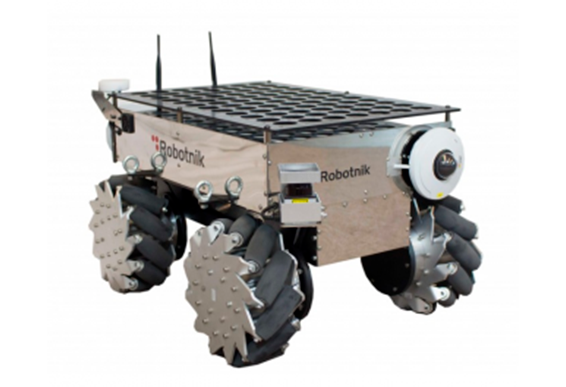 Europe has paid a high price for asbestos, with over 100 000 related deaths. First in line in the fight to free buildings from asbestos contamination, workers in the construction sector could soon find a helping hand in the form of an AI-piloted robotic system.

The constant and multifaceted evolution of society has left very few industries unchanged. For most sectors, this has meant moving towards increased automation. Most, but not all. One unyielding sector has largely stayed true to its old ways: the construction sector. For the past 200 years, the same repetitive, standardised, and physically challenging construction tasks have been performed by workers with their own two hands. But this could change soon thanks to projects as Bots2ReC (Robots to Re-Construction). The reasoning behind Bots2ReC is simple: some tasks are simply too hazardous for humans to perform, and machines could easily replace them. “Besides the exposure, some processes or the materials handled in those processes generate health hazards in the form of dust, vibration, noise or toxic substances. It is precisely for these tasks that we could expect great benefits from – and also show the massive potential of – automation to achieve sustainable socio-ecological improvements,” says Tobias Haschke, coordinator of the project on behalf of RWTH Aachen University.

To enable such automation, the project consortium first had to overcome barriers related to the nature of the construction sector. Whereas most industries manufacture in a defined environment, the construction industry has historically had to cope with a continuously changing environment with varying rules and procedures. As Haschke explains: “The key to success lies in the technical control of this constant change.” Recent developments in computer science, storage systems and sensors were key enablers that set Bots2ReC in motion. They enabled the introduction of semi-autonomous solutions through mobile handling of environment complexity. Over a span of 3 years, the project team developed a robotic system capable of handling asbestos removal on construction sites. “The robot operates asbestos removal comprehensively and not just piece by piece. Thanks to its AI capabilities, it is also tailor-made to be used under real conditions,” Haschke explains. “The AI combines a tailored lightweight data format for environmental representation with a complex planning module. As a result, it can provide a scalable system in terms of fleet size and it automatically adapts to the floor plans at hand”. Most tests of the Bots2ReC were carried out with a grinding disk to reflect the actual process of asbestos removal. This helped the team understand and subsequently control the complex mechanisms of such interaction. Furthermore, the system was examined for its suitability for use in normal residential buildings, and tested in various room and floor plan constellations. The results are promising, with basic accessibility reaching almost 90 % of the wall surfaces of a general dwelling. A direct comparison to manual work is still pending and will be implemented in the follow-up of the project.

“To me, our greatest achievement is the robot itself. Its design and mode of operation are tailored to the requirements of the construction industry, and its design method is unique. This is reflected in the processable ceiling height of 3 m, which is simultaneously paired with an arm payload of 20 kg and continuous power supply via the mobile, omni-directional tandem system,” Haschke explains. The project has already generated attention in the construction industry, both for its complete robotic system and for its components.

Although Bots2ReC was completed in November 2019, the team has been investigating further developments of grinding processes, planning logic and radar technology since then. These are already in demand and should be commercialised within the next 2 years. “We are especially proud of the products that have been decoupled during the project and are already available on the market in the form of two mobile robots at Robotnik Automation (RB-2 BASE and Summit XL Steel), and various improved radar sensors from indurad GmbH,” Haschke notes. With its focus on asbestos, Bots2ReC is well placed to reduce the future health burden on workers. There is little doubt that the cost of the technology will easily be counterbalanced by its high social benefit and economic efficiency. The project could be adapted for the removal of other hazardous products, such as lead paint.